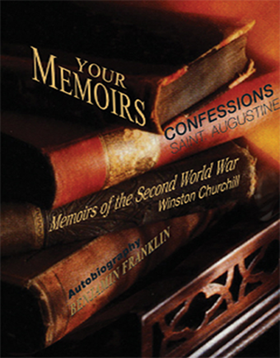 Our age demands more attention than it has any right to. Each moment is amplified and echoed by the internet (and the tens of millions of smartphones that feed it). Then the next moment arrives, just as loudly. Too much information!

We folk who grew up reading books know that the world is wide and deep; learning about it takes time, and the satisfaction is well worth the effort—much of the satisfaction is the effort. But younger generations, who suckled on the electronic teat of instant gratification, have little incentive to make that effort.

How do we get our wonderful, ignorant young people to understand that the world did not simply boot up the way it is today, that they are the product of great events and personalities that never appeared in a tweet? One option is the memoir—your memoir. By writing about where you came from, what you did, what you thought, who you knew, who you loved (and who you lost), you can lure your children—and their children—into a time they might otherwise never explore. They may well find that as they read about you, they discover much they never suspected about themselves.

An excerpt from Life Should Be Looking After People

An excerpt from Your Life Is Not Your Own

One of my most interesting trips was to China. The trip was scheduled three times, and kept getting canceled—the massacre in Tiananmen Square was one reason—and I had doubts that I’d ever get there. But finally it was cleared. I was invited to be the vice president of a high altitude meeting in Szechuan. All of the other people at the conference, from all over, were climbers, and most had been up Everest. This included the doctors. The Chinese are fascinated with altitude, because the Han Chinese behave at altitude the way we do but the Tibetans don’t. I’ve done a lot of work with high altitude, on the problems that come with a lack of oxygen.

The Chinese had prepared a demonstration for us. A very nice American doctor told me, “I don’t think you’ll want to watch this.” But I am a doctor so of course I did. They had taken two men and whizzed them around in a chamber so fast and for so long that they didn’t know what they were doing. They showed the same total confusion that people suffer at high altitude. It was awful to see.

The president of the meeting was the only other woman, and she was a general in the Chinese Army. One night everyone was drinking gin and scotch and whiskey. I thought, “God, Father, what am I going to do?” And then I thought, “I’ll watch her, and if she’s having a drink, I’ll have a little drink.” So I’d watch her, and every time she sipped so did I. She was very proper and very careful, and I’m sure she would be quite a disciplinarian. One of the men said, the day following the dinner, “I gave the general a kiss last night, and she was not amused.” 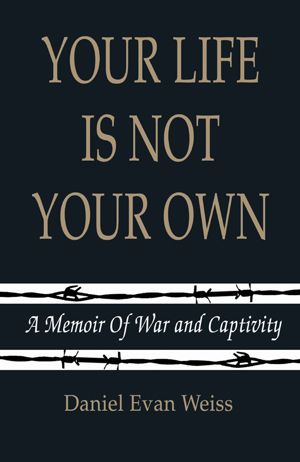 After we were captured by the guys from the German Signal Corps, they took my rifle and they took us to a church. The church had no roof, and it started snowing again that night. The rest of the company that survived the night before was there. Somehow the Germans knew where they were. Then I found out that not everybody was killed. The rest of the people in front of me just surrendered.

There was a very small house near the church, and the next day they took us one at a time and searched us. There were about ten Germans in there. They didn’t even have to ask us any questions because they knew who we were. They knew more than we did. But I was very slow in doing something—I’m not exactly sure what it was—and they didn’t like it. I was trying to be defiant. And somebody hit me across the chest with a rifle so hard that it knocked me against a wall two or three feet away. And I said to myself, Stanley, this is not the way. Your life is not your own. These guys got you, and if you want to stay alive, when they tell you to do something, you do it.

In the church I was with what remained of my company, which was maybe a hundred guys. We were only there overnight. In the morning we started walking. And all of a sudden we were walking with thousands and thousands of people—guys who had been captured from all over the place, guys who were shot down. It was a huge mass of people. They tried to take us through the woods and along the roads as much as they could. But we walked through some cities, and people would point their fingers and laugh at us. But I didn’t give a damn what they did.